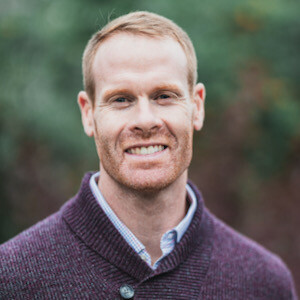 Associate Pastor
Charles was born and raised in South Bend, IN. After growing up a devout Catholic, Charles came to a definitive understanding and belief in the gospel during his senior year in college at the University of Notre Dame. After graduation, Charles attended Notre Dame Law School and, later, worked as a corporate litigation attorney in Indianapolis, IN. Called into ministry, Charles left the practice of law and joined the staff of Campus Crusade for Christ (“Cru”) in 2009, working there until 2013. In addition to earning his B.A. and J.D., Charles has also earned Masters degrees in Teaching and Divinity from the University of Southern California and The Southern Baptist Theological Seminary, respectively. Charles participated in the CHBC pastoral internship in the Spring of 2014 and joined the staff of CHBC thereafter. He currently serves as an associate pastor at the church. Charles is married to his beautiful wife of sixteen years, Jamie, and is the blessed father of two children.
>