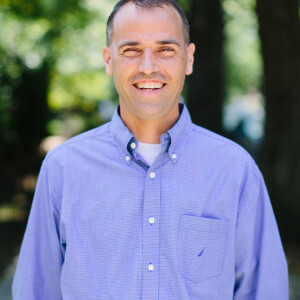 Steve was born in Dayton, Ohio. In God's kind providence, he was born into the family of a Christian pastor where he grew up hearing and learning the gospel. During his college years,he moved to Lancaster, Pennsylvania where he met his loving wife Donna and attended Millersville University. In 1994, Steve finished school, married, and moved to Washington, DC to begin work as an accountant for The Salvation Army. He and Donna began attending CHBC in 1996. Currently,Steve works as the Controller for The Salvation Army National Headquarters. He lives in DC with his wife and two daughters, Anna and Lauren, and enjoys spending time with his family, reading, and playing tennis.